Please note, that while I share videos in these lessons. I work hard on making sure that there are no copyright infringements. Every video is linked back and credited to the original creator. Without further ado, here is a summary of art of Ancient Egypt.

Old Kingdom: The Age of The Pyramids

Khufu – the oldest and largest, contained a boat!

Kafre – Appears larger, but only because it sits on higher ground.

Go on a tour of the Pyramids of Giza using Google Earth.

The Importance of Papyrus

The Sphinx is monolithic, which means that it was constructed of a single stone as opposed to piece by piece.

It is full of mystery. No one actually knows what it represents or who it is supposed to depict. We call it Sphinx out of convenience. However, it was not necessarily what the Ancient Egyptians called it.

Most recent research indicates that it would take 100 people 3 years to construct such a monument, using the tools that the ancient Egyptians had access to.

What was the Sphinx supposed to be by the Smithsonian Channel.

Board Games in Ancient Egypt

Many of the Egyptian games reflected the person’s passage to the underworld.

The boards for Senet were 10 spots long and 3 spots white, laid out in 3 neat rows. Instead of dice, the ancient Egyptians used casting sticks or bones. The players received equal number of pieces (between 5 and 7). The goal of the game was to send all of the pieces to the end of the board. The game was strategic and fun. You could block the competition from moving forward, or block them, and, finally, even send them backwards. 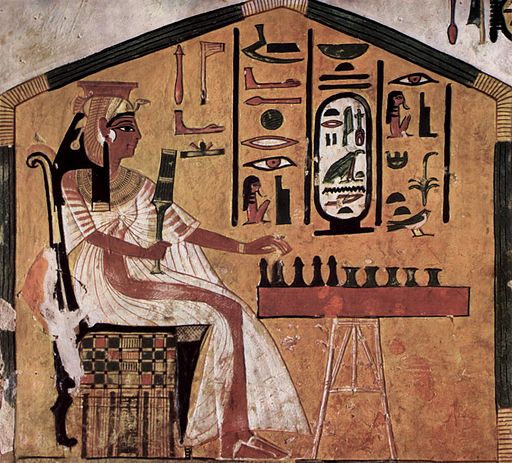 Comparatively, the Game of Hounds and Jackals was less strategic, and more of a game of chance. Each player had 5 pieces, either with jackal heads or hound heads, the goal was to move the pieces from the starting position to the larger space at the end of the board. 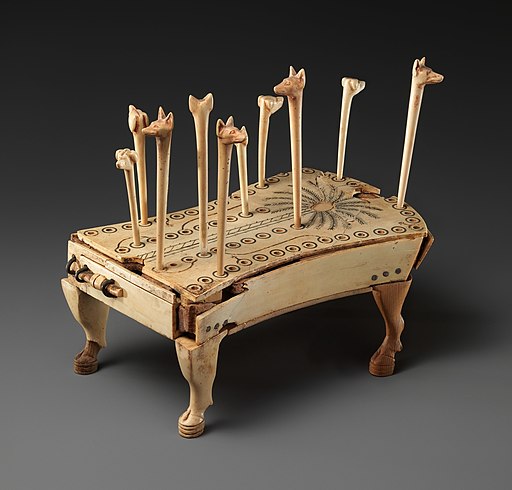 Game of Hounds and Jackals, Metropolitan Museum of Art, CC0, via Wikimedia Commons

Because there was no word for ‘art’, most artwork was created in a workshop like setting, with multiple artists working on the same project. Therefore there are no singular artists that stand out in the Egyptian history.

Most art in Ancient Egypt reflected heavily on death, rebirth, and afterlife.

The Egyptian art style went largely unchanged in the 3000 years, except one brief period during the Amarna period. It also influenced the civilizations that came after. 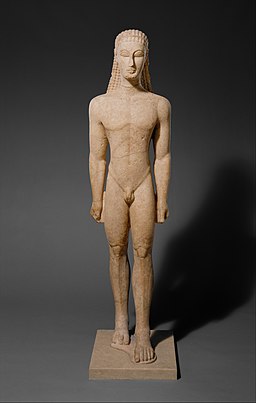 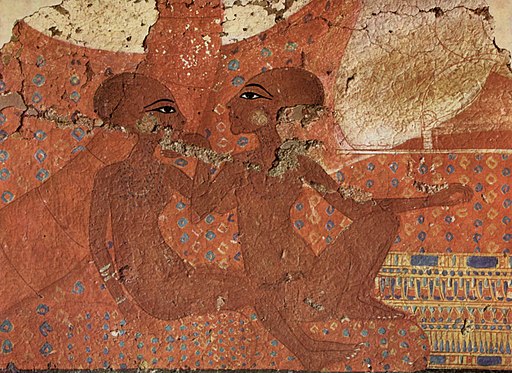 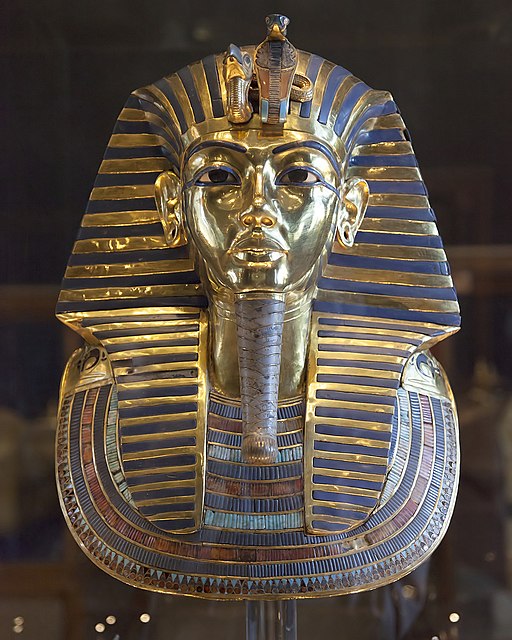 Video tour of the Tutankhamun Exhibit by Saatchi Gallery in London.

Colors and Materials used in Egypt.

Pick a functional object, and turn it into art.

Imagine living in a time when there is no art for the sake of art, and all the art had to serve a functional purpose. Firstly, I want you to look around your house. What object do you use daily that you feel is essential to your day to day routine? However, we are going to skip technology on this assignment, and look at more common objects. For example, you can use piano for this purpose, but not your cell phone.

Now that you picked your functional, daily used object, I want you to draw it and make it look like the object you are drawing is indeed art. You can add things to it, or take something away, but the functionality has to remain, so it can be a complicated and elaborate cup, but it still has to remain a cup. Further, you can make it as elaborate as you wish, using any supplies you have on hand.

Finally, as you are working on this, I want you to think about the colors you are choosing and their symbolism in Ancient Egyptian times.

Explore the Pyramids of Giza through google Earth

Mysteries of the Sphinx

Photos of objects from the Tutankhamon Exhibit

Read more about the board games of the Ancient World