When cleaning my closet, I found a whole bunch of t-shirts that I was done with in all kinds of happy colors.  Of course my first thought was to use them for a craft or two.  I made a few headbands, and some flowers.  Once I got the flowers down, I made some more and put them on rubber bands and clips for hair.  There was some minimal sewing by hand involved, so I can’t say it was completely a ‘no sew’ craft, but it was fairly close.  Check it out below. 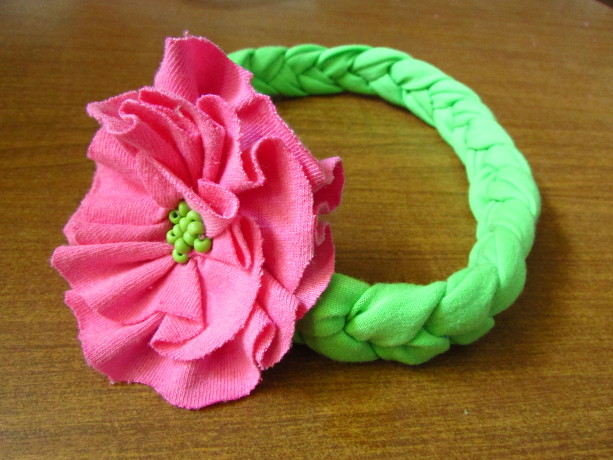 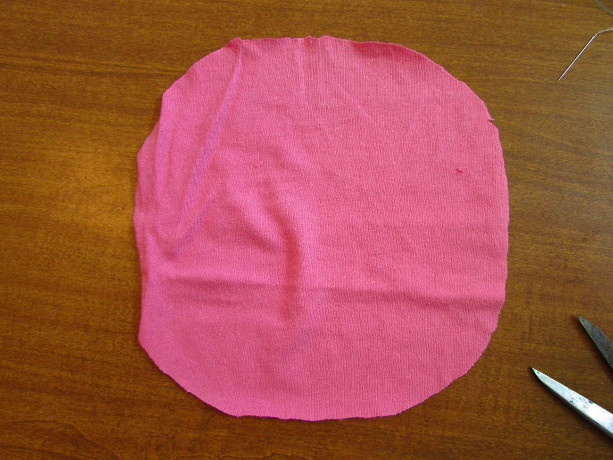 First, I cut out a circular shape that was about 6 by 6 inches.  Well, it wasn’t exactly a circle, but as long as all the edges are rounded it is good enough. 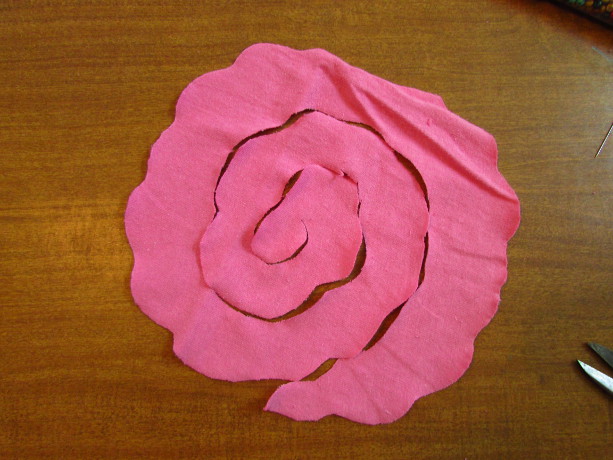 Then I cut around the edge in small waves, followed by a spiral also in small waves.  That way when scrunched together it will look like petals. 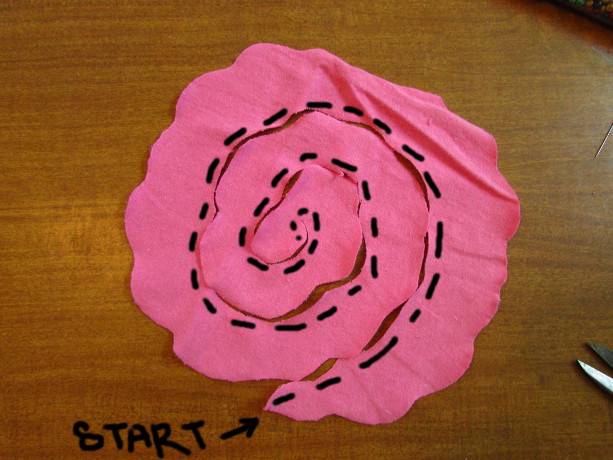 With my needle and thread, I threaded along the inside edge of the cutout. 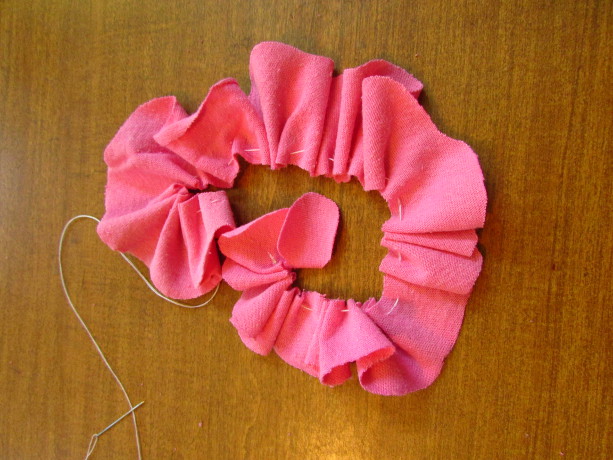 Then I scrunched it up a bit. 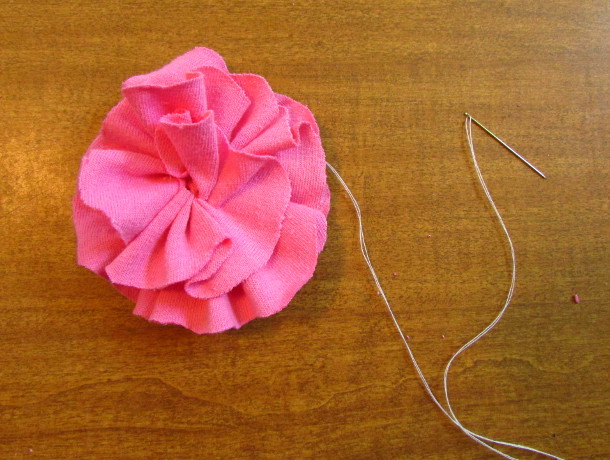 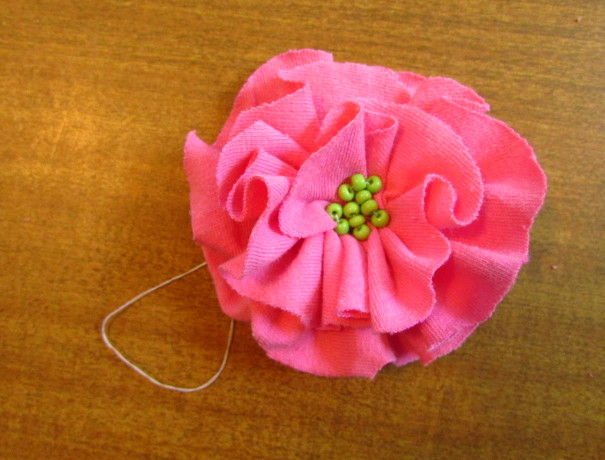 Then using the same thread I added some large seed beads for the center.  That is all for the flower! 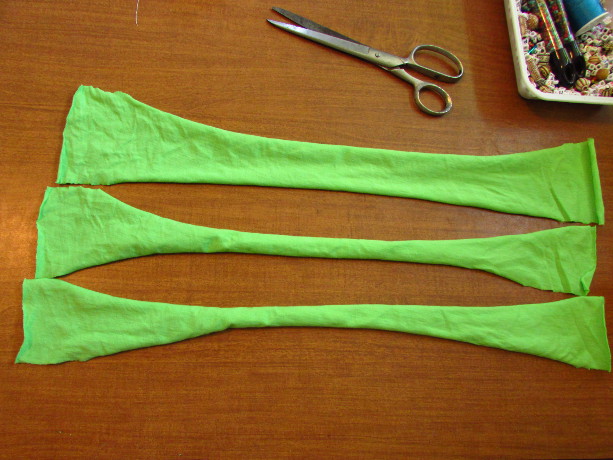 T-shirts are wonderfully stretchy, so you don’t need anything else to make the hair band.  I cut from the back of a t-shirt three strips.  They were about 2 inches wide, and the length was from seam to seam. 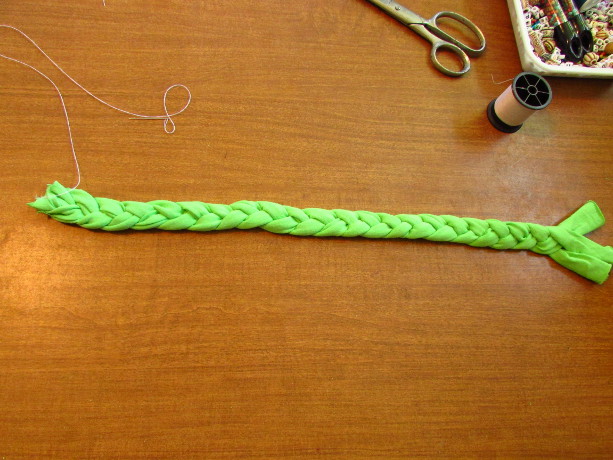 I used a needle and thread to secure one end.  Then I braided them into a single braid, while someone was holding the end of the braid for me to make it easier. 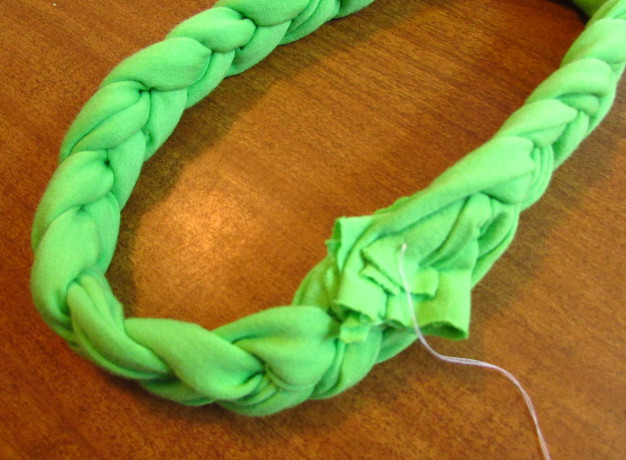 Sew the ends of the braid together.  Try to make it the same thickness as the rest of the braid. 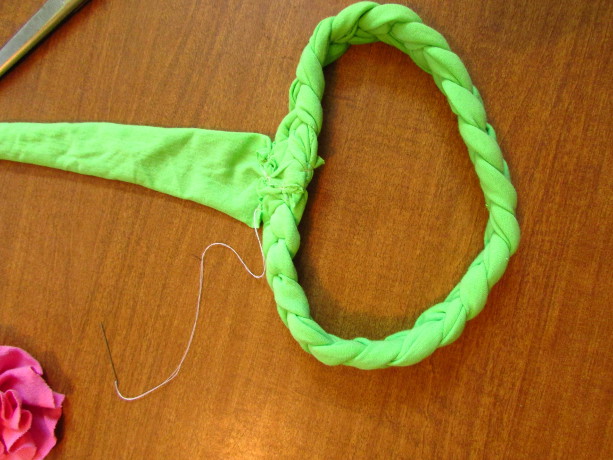 Cut another, shorter, 2 inch wide strip. Wrap it flattened around the area where the braid is sewn together. 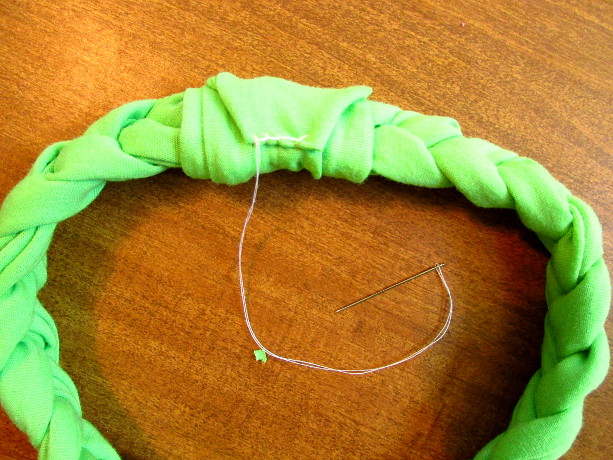 Now carefully fold the corners of the end of that strip in, and stitch the end in place with a simple neat stitch. 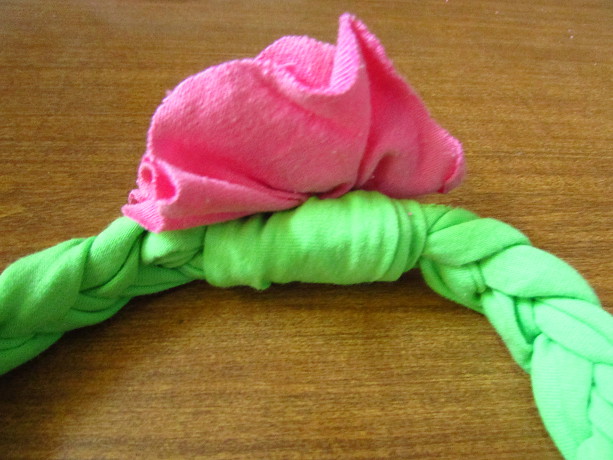 Attach the flower by sewing underneath all around.

The headband is all done! 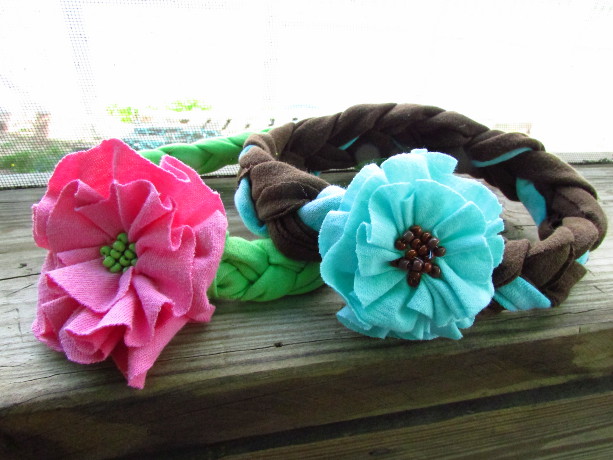 Here are the bracelets that I made using the same method, just instead of flowers I used large seed beads: 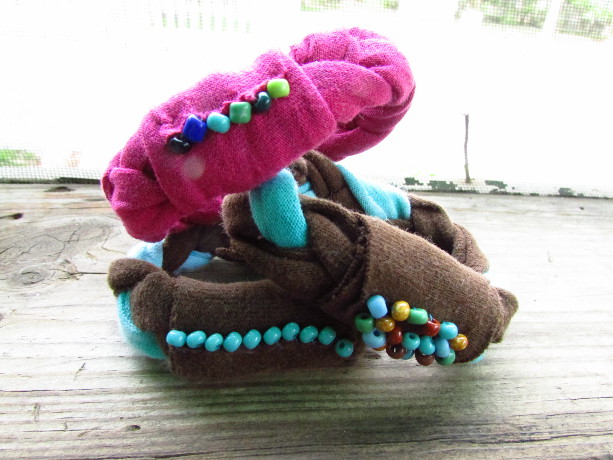 Once I figured out the flower, I made a few and attached them to a few matching hair bands.  Once the flower was done I sewed it on to the hair band, and then used hot glue gun to glue a circle of felt on the opposite side.  Here they are: 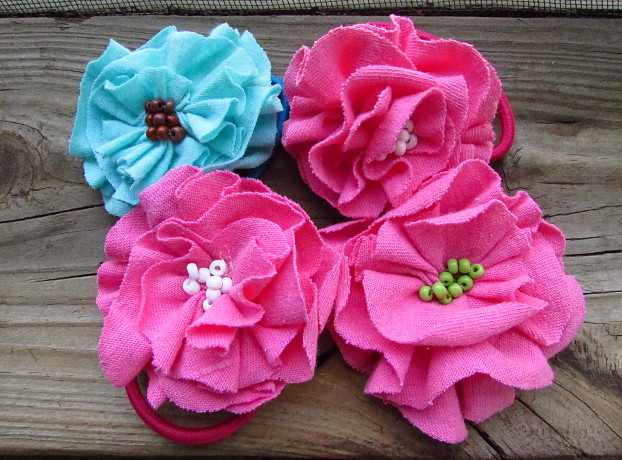 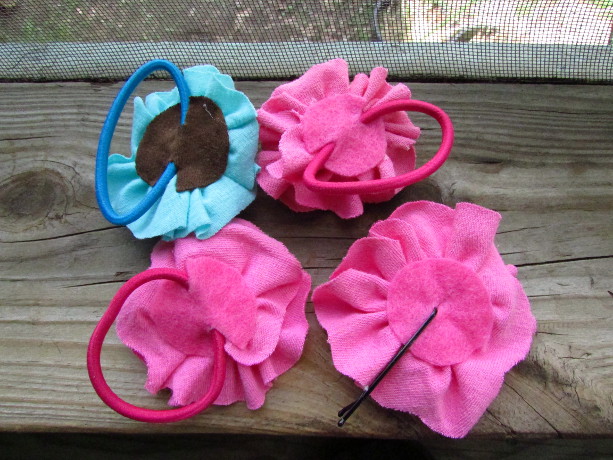