Here is an awesome tutorial for beaded dragonfly earrings.  Seriously, these came out very cool!  I made a pair for a friend, and one for myself.  I love them.  They are a good size, yet light enough, and the best part is that they are easy to make.  Here they are: 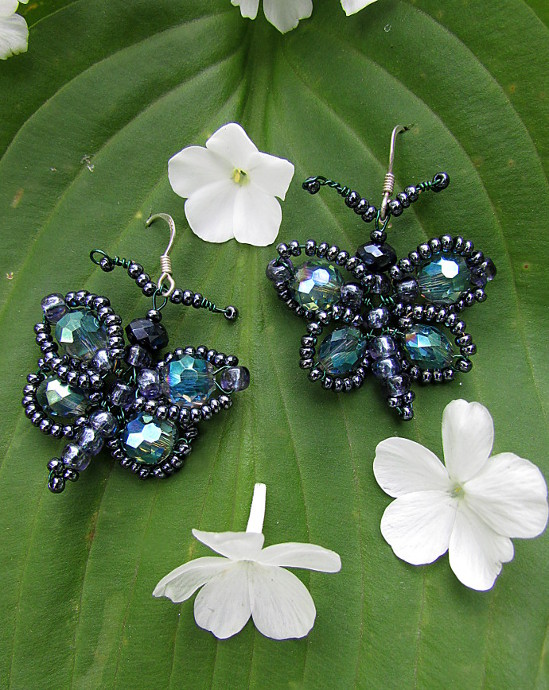 You would need some thin (24-26 gauge) wire, seed beads, small glass or crystal beads (I refer to them as larger glass beads, and you will need about 20 of those), and here is an important one: 8 round beads that are flattened on each side.  The round beads should be about 5-7 mm in diameter, and 2 larger crystal beads for the head.  They can be glass, crystal, or whatever else you might like.  You will also need fine nose pliers to clip the wire with, and to get those pointy little ends in place. 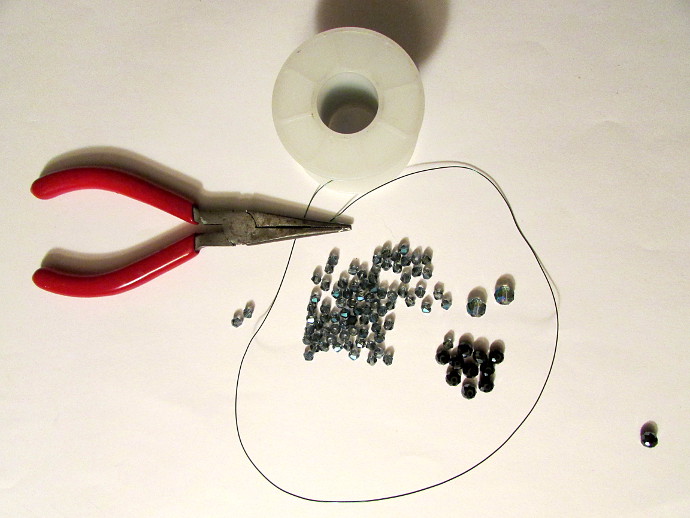 I like to start with 2 feet of wire for each dragonfly.  I would always rather have left overs then not enough. 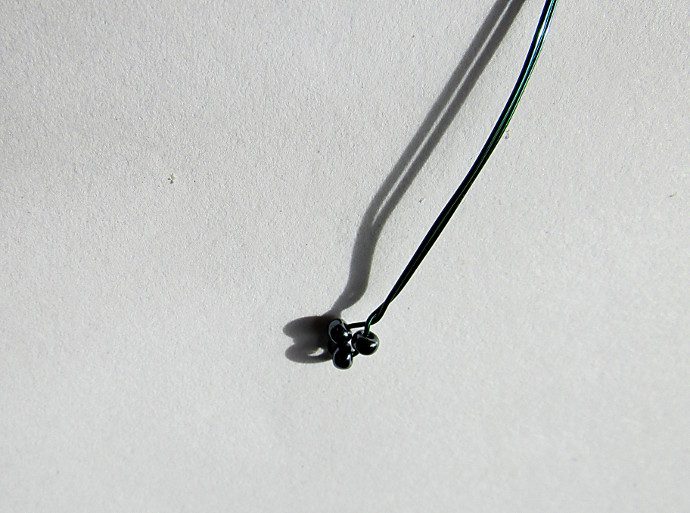 Start by taking three seed beads and putting them in the middle of the 2 feet of wire.  Then twist it a little bit to keep the beads in place. 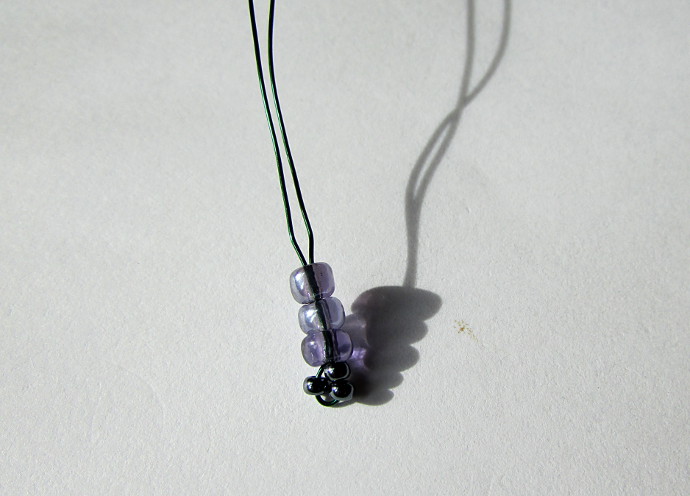 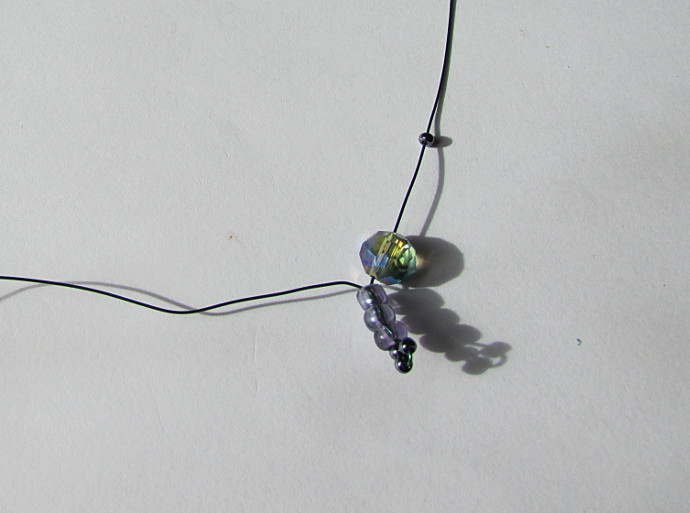 Now separate the wires.  Each end will be used to make one side of the dragonfly.  Put the flat round bead on one of the wires, followed by a seed bead. 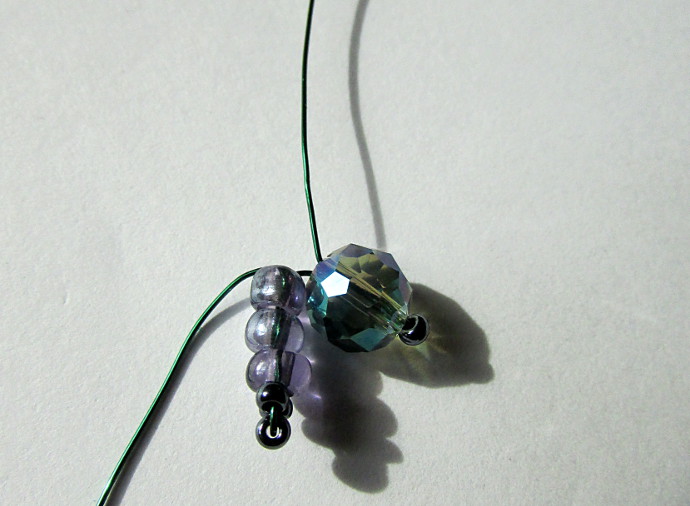 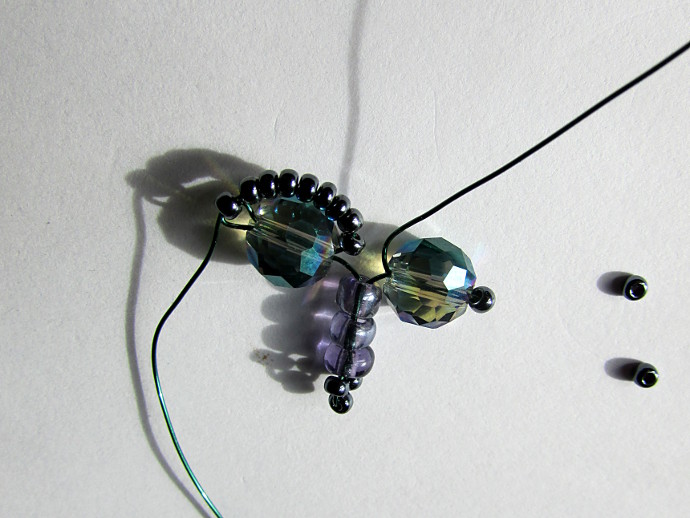 Now, take one end of the wire, put enough seed beads to go around one half of the flat round bead (in my case it was 8 seed beads). Put the wire through the seed bead at the top of the round bead. 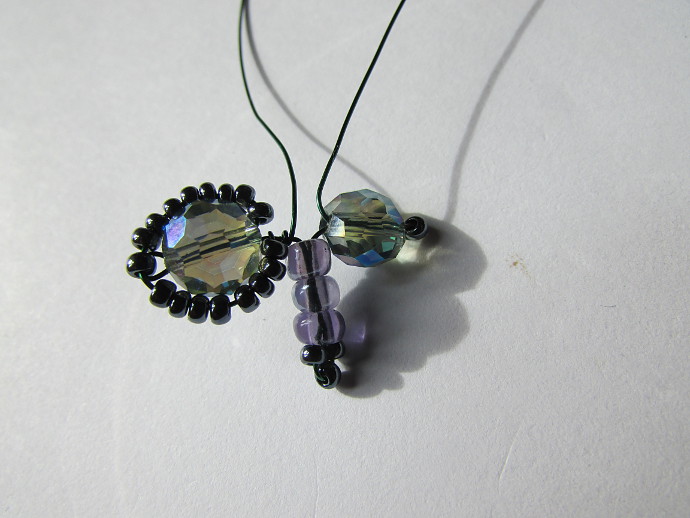 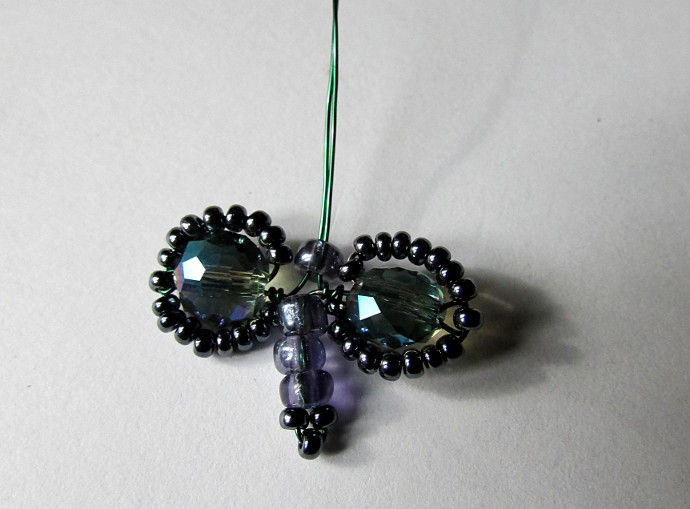 Do the same to the other side.  Then put both wires together, and put a larger glass bead on both of them. 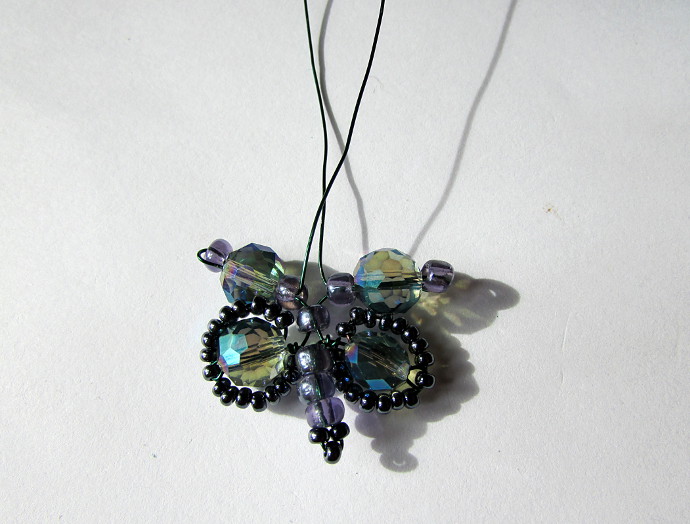 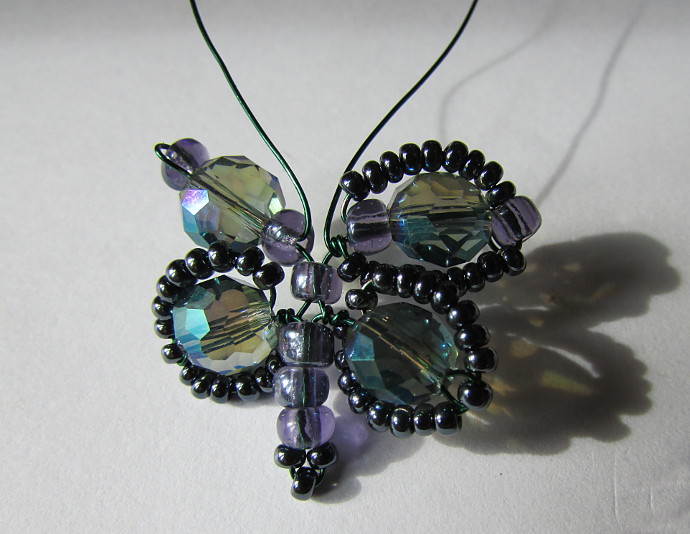 Next, do the same as for the bottom wings.  Put on enough seed beads to go to the half of the wing (in my case it’s 9), push the wire through the larger glass bead on top of the wing.  Then put on the same amount of seed beads again, bring the wire to the base, and wrap it a few times around the base wire.  Do the same on both sides. 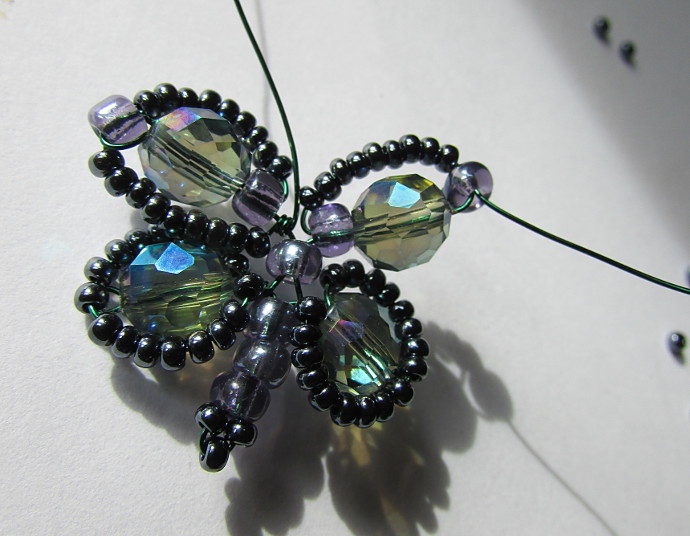 Here is a photo of the second wing being made. 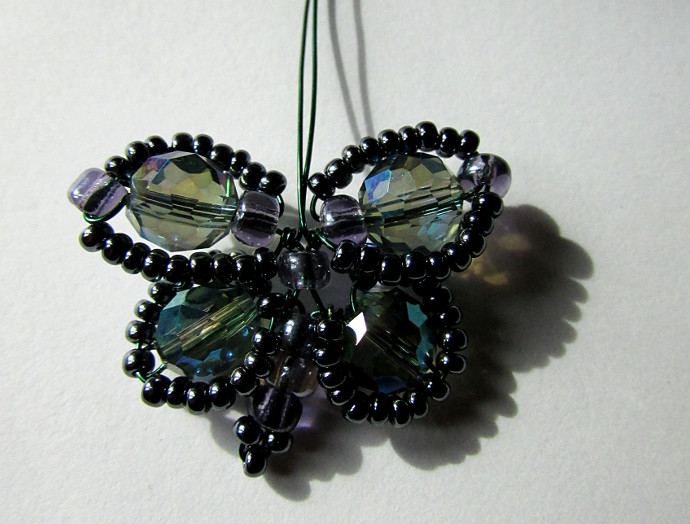 Here are all the wings done! 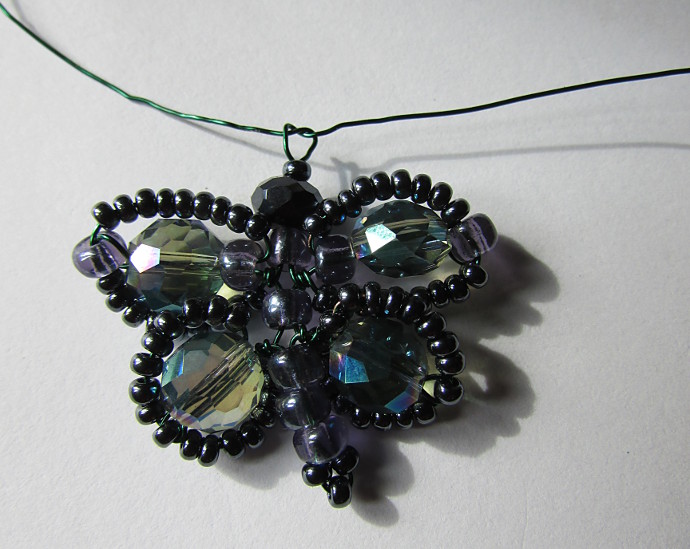 Put on another larger bead, a bigger crystal bead for the head, and a seed bead on top.  To make a loop to put these on my earring hoops, I tied a small knot with the two ends of the wire. 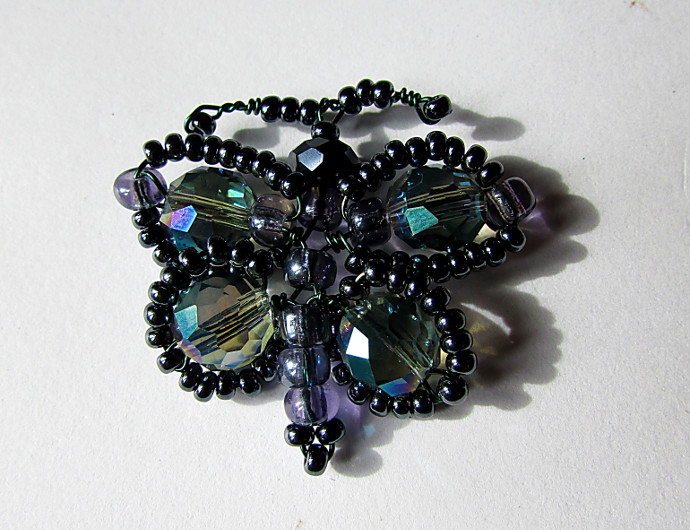 Then I added four seed beads on each wire end, and twisted the wire right below the last seed bead.  After that I just put it on my earrings.  Now just need to make a second one!

Here is a quick regular dragonfly made from beads and wire. I made it, but didn’t decide on where to use it yet. 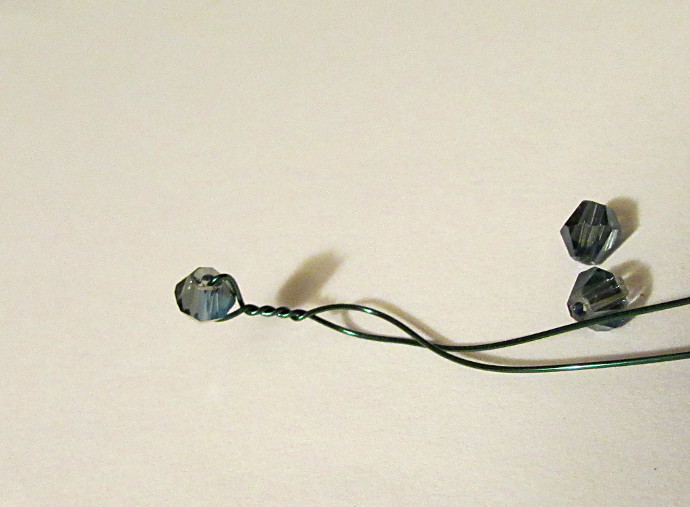 It started the same way as the little dragonflies for the earrings: a small bead in the middle of the two feet of wire, with the wire twisted a bit to keep it in place. 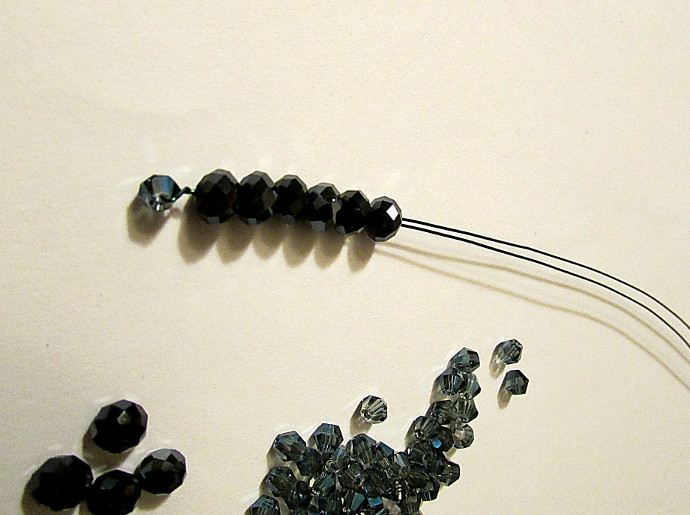 Put some small crystal beads for the body/tail. 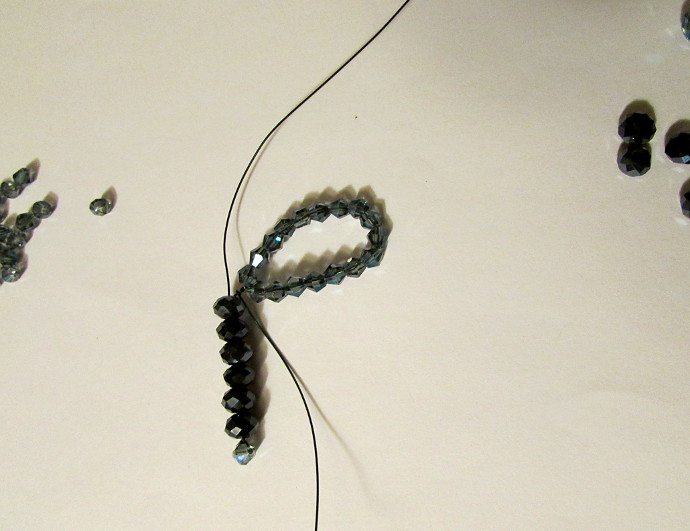 Use one wire end to make the bottom wing.  For me it took 17 small crystals.  Make a loop and twist the wire at the base a few times. 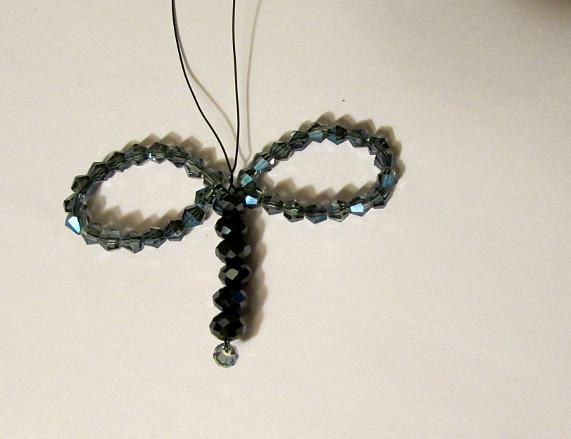 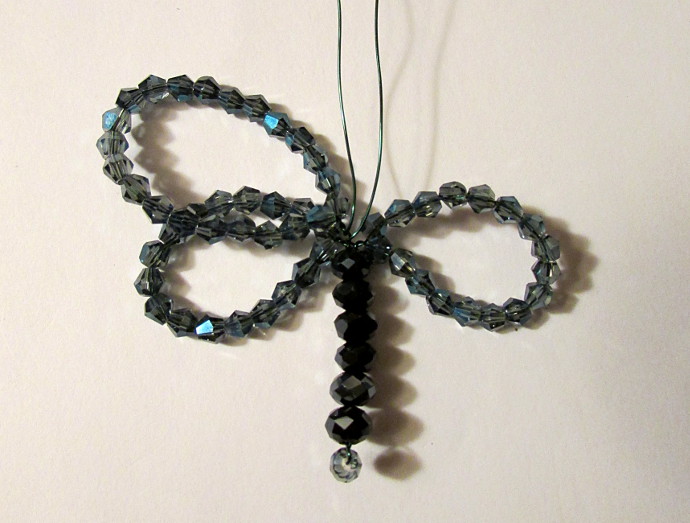 For the upper wings I used 22 crystal beads.  Do the same thing as for the bottom wings. 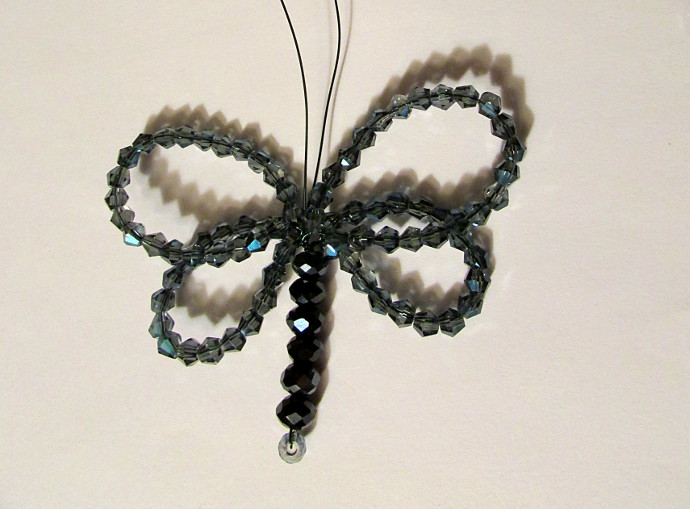 Make both of the wings. 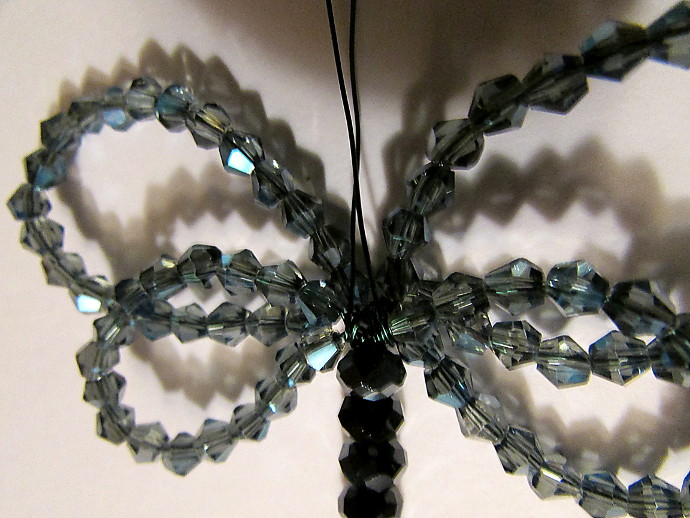 I wrapped the wire around the wings’ base neatly a few times, as in the photo above. 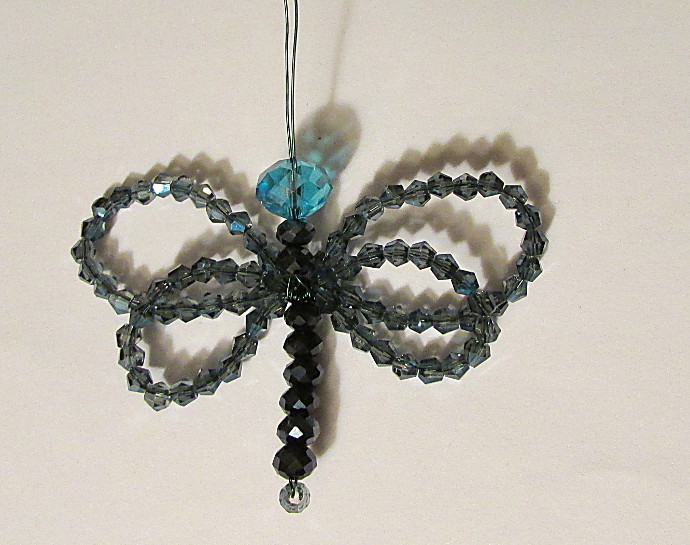 Onto both ends of the wire I put on two crystal beads (same as for the body/tail), and then a larger blue bead for the head. 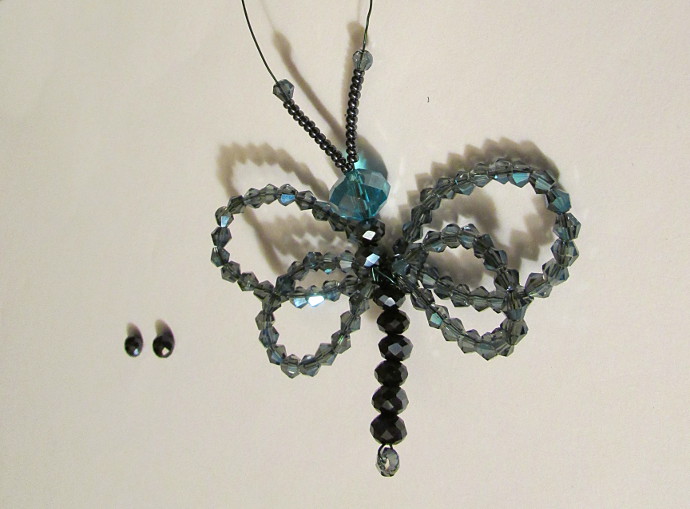 I put on some seed beads (12 for me) on each end to make the antennae, topped them off with a small crystal on each side. 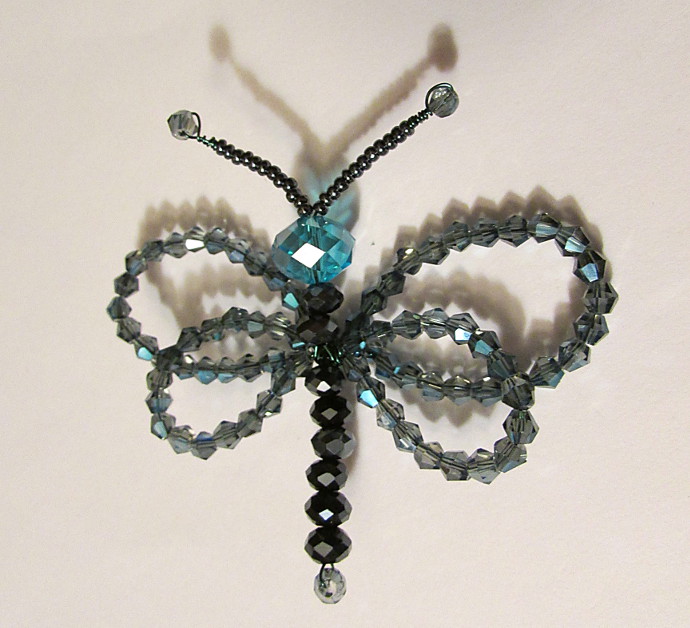 Then just wrapped the wire right under the small crystals.  Here they all are: 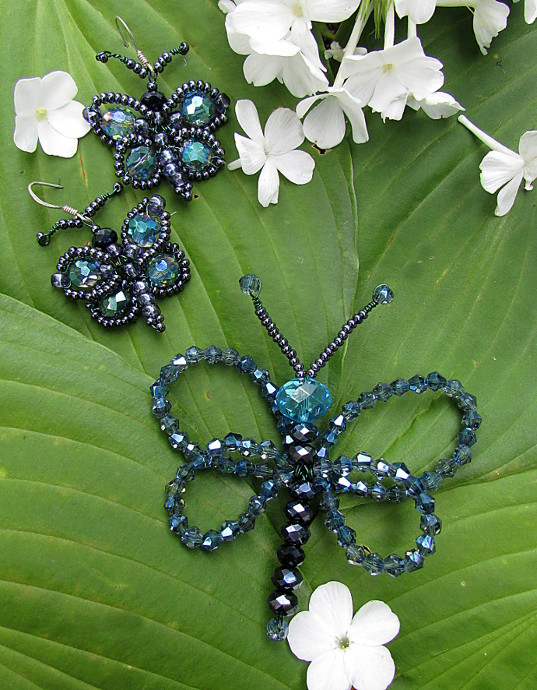