This is what happens on boring rainy days.  We do school work stuff, and then mom starts melting things.  This time it was a seltzer bottle that was waiting to be thrown into recycling.  I decided that I need some earrings made from a recycled plastic bottle.  Here is how they came out (I rather like them): 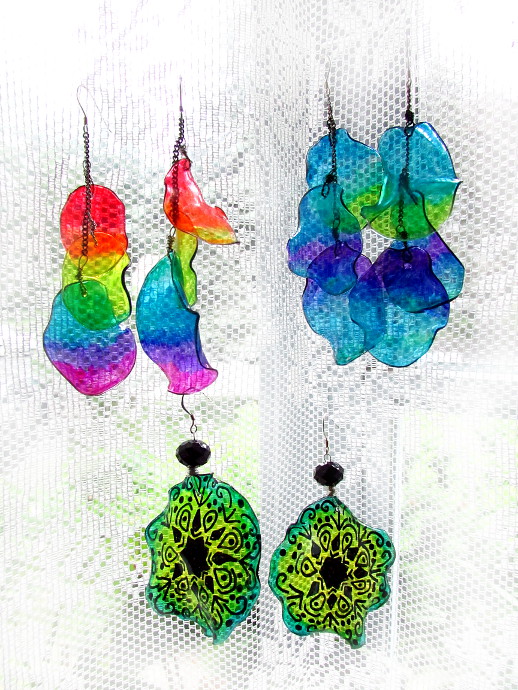 Here is how I made them:

First, the supplies I used. 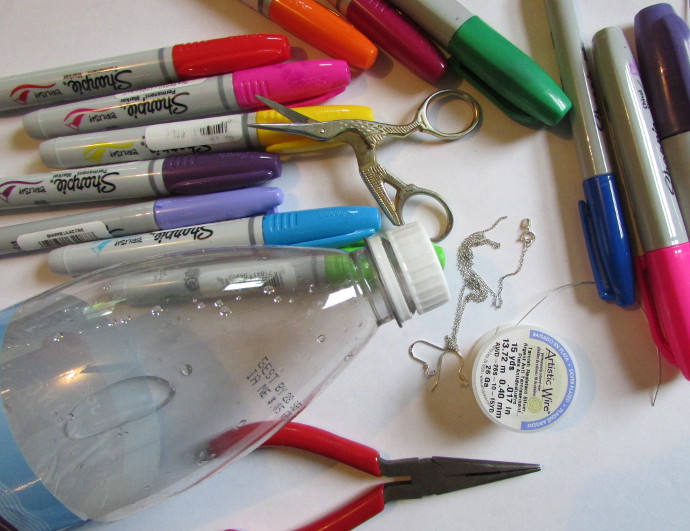 I started with a sturdy plastic bottle to transform into earrings.  I also needed a sharp pair of scissors and an old broken chain to cut and repurpose. The other supplies I used were pair of bottlenose pliers, like THESE.  To add color I used SHARPIE PAINTBRUSH TIP MARKERS (which are amazing and I love them) and A REGULAR SHARPIE BLACK MARKER.  A few pairs of FRENCH HOOK EARRINGS, and some ARTISTIC WIRE (I used 26 gauge).  Lastly, a hammer, a thin nail, a candle and matches.

Let me also mention that while holding the plastic over the handle I was concerned with the fumes.  I was careful not to burn the plastic, but just warm it up enough to warp it, so it didn’t actually have a smell.  However, I still wanted to be out in open air to do this.

For the dangly earrings first I cut out three ovals for each.  They ranged in size from bigger, then smaller, and then even smaller. 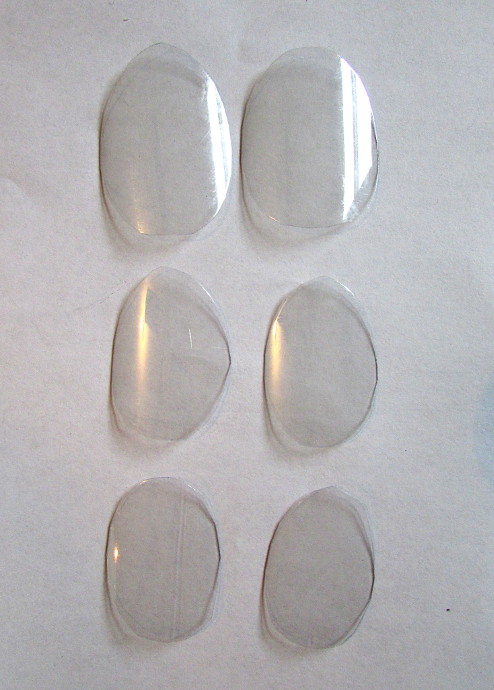 After that I held the ovals with my pliers so that my fingers don’t burn, and gently heated up the plastic to mold and bend it how I like. 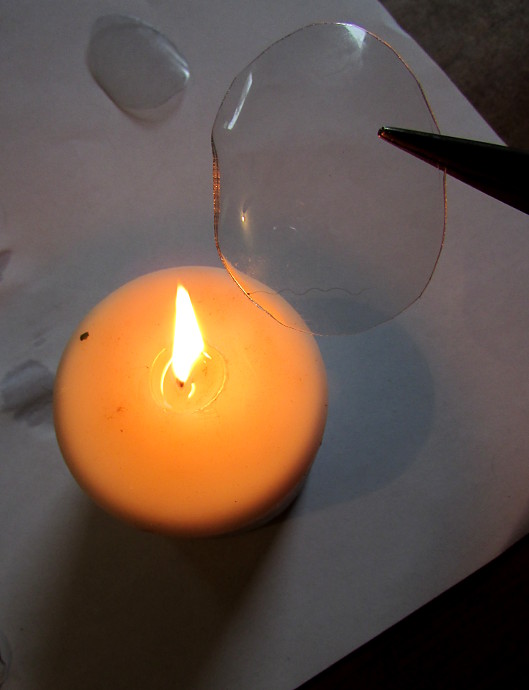 The plastic will shrink where the heat hits it, and warp. I played around with them until I was happy with how they looked. 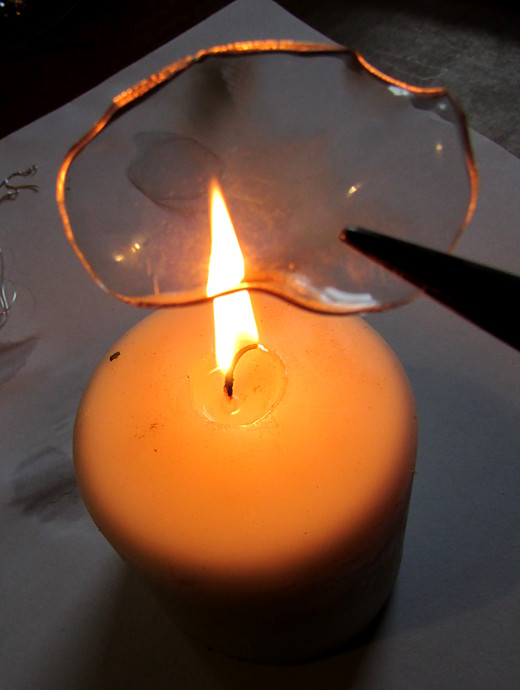 Here they are all warped and bent.  Next, I washed off the soot from the candle. 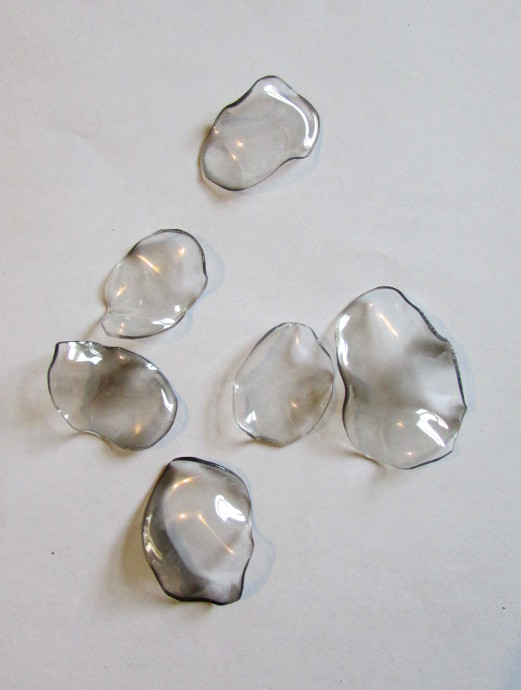 After washing off the soot, I used permanent markers to color them in. 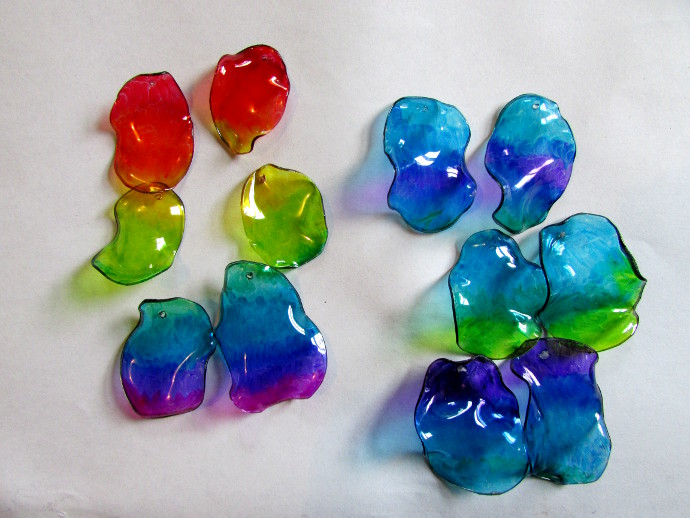 Making of the Circle Patterned Earrings:

First, I drew a small (about two inches in diameter) circle on a piece of paper. 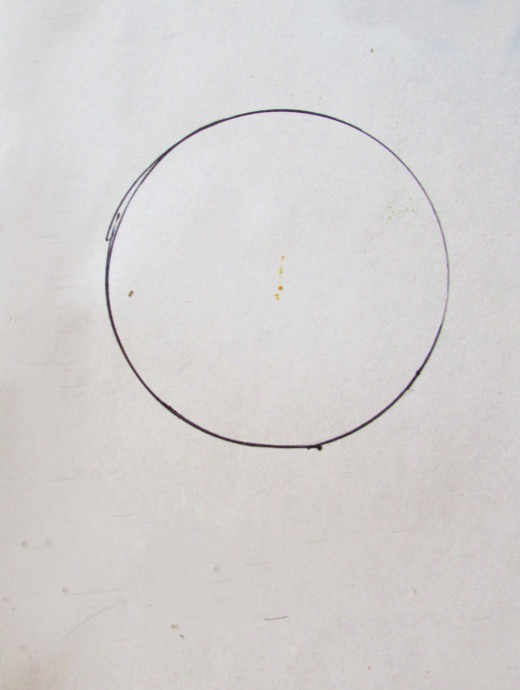 I traced the circle onto the bottle, and drew a pattern on it using a black permanent marker. 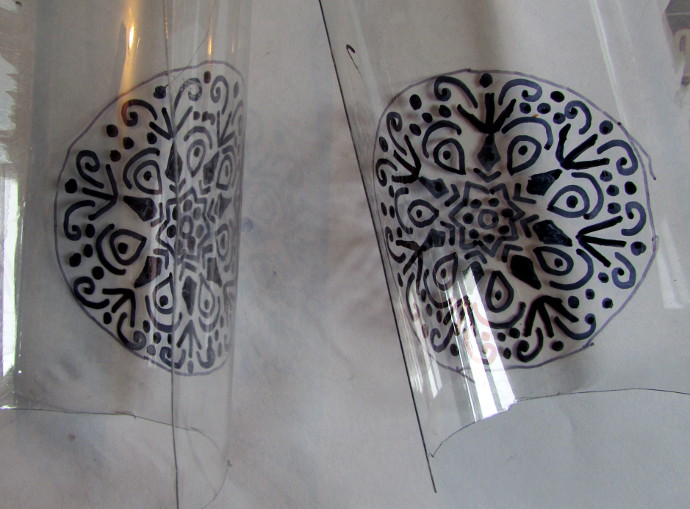 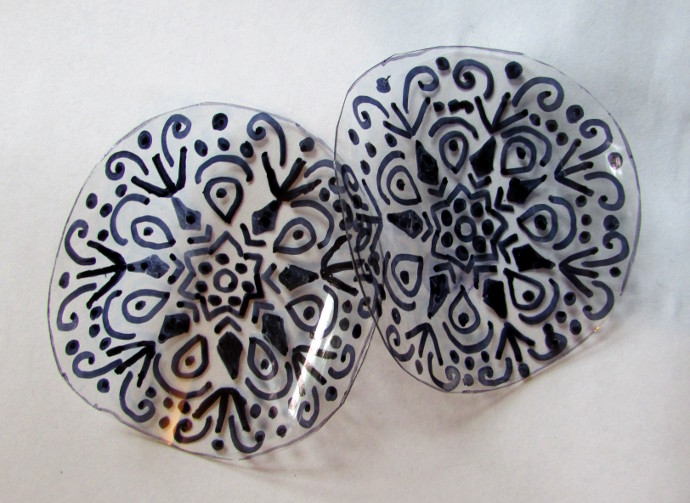 As in the first pair of earrings, I melted and warped these using a candle and pliers. 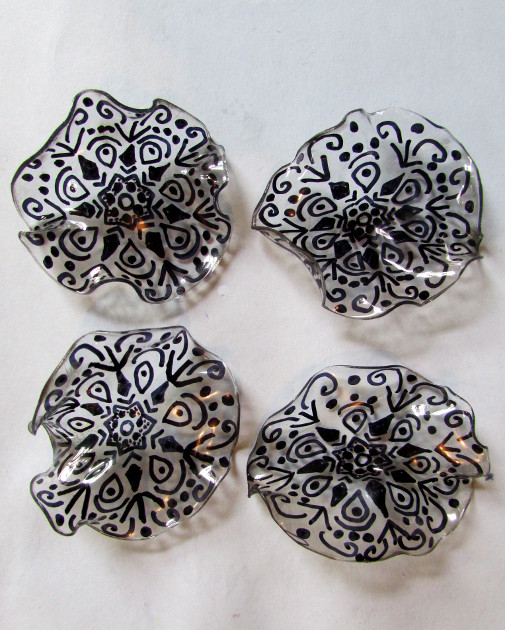 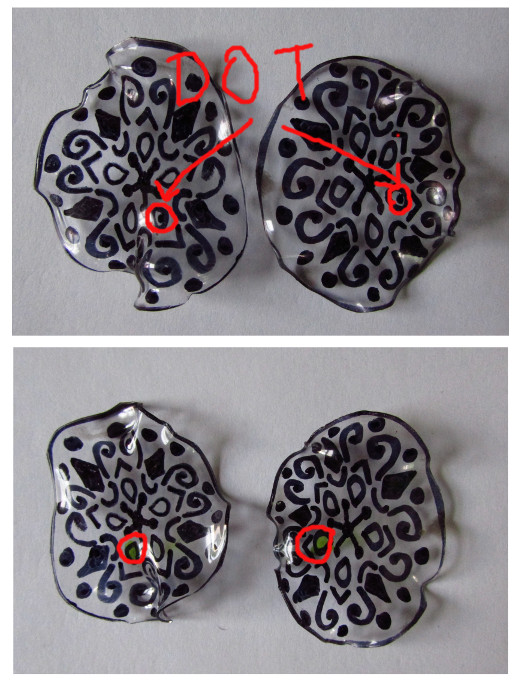 There they are, all colored in. 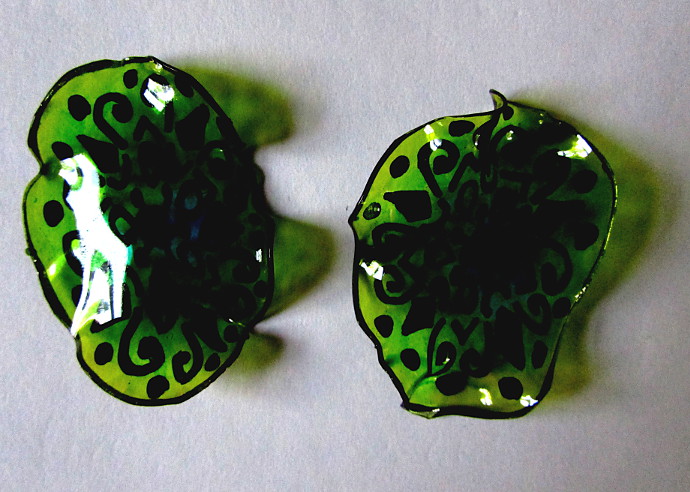 Next I will use a hammer and a nail to make a small, neat hole in the top of the earring for the wire to go through. 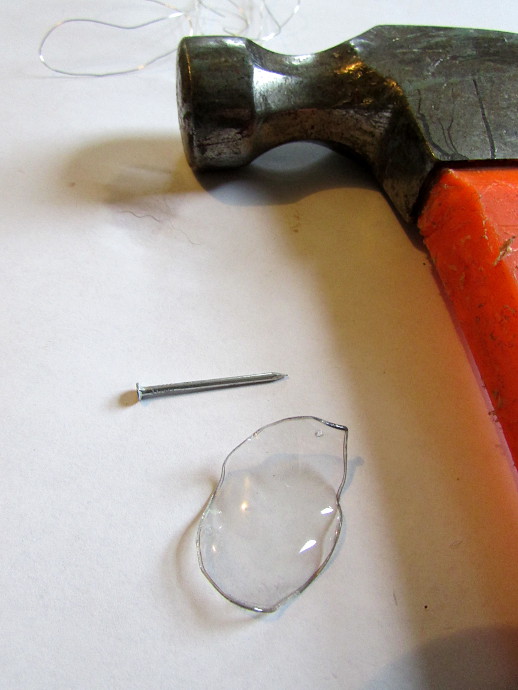 I placed the nail where the hole would be, and gently hammered it in. 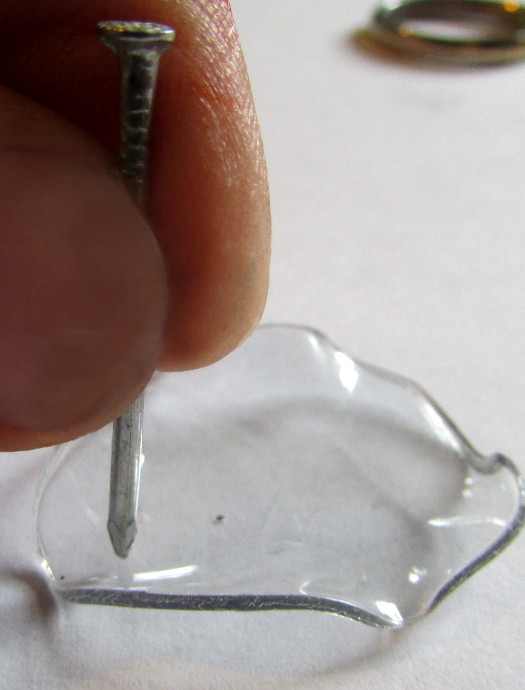 I stopped hammering when the nail went through to the other side. 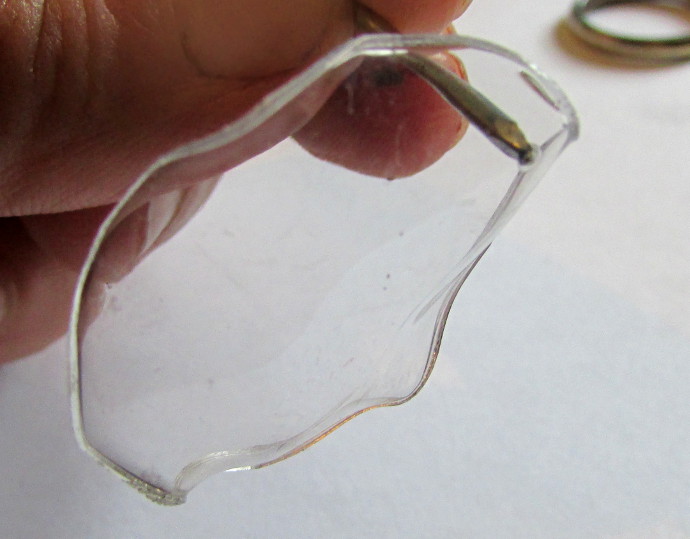 If the hole wasn’t big enough, I would use the small scissors to make it wider. 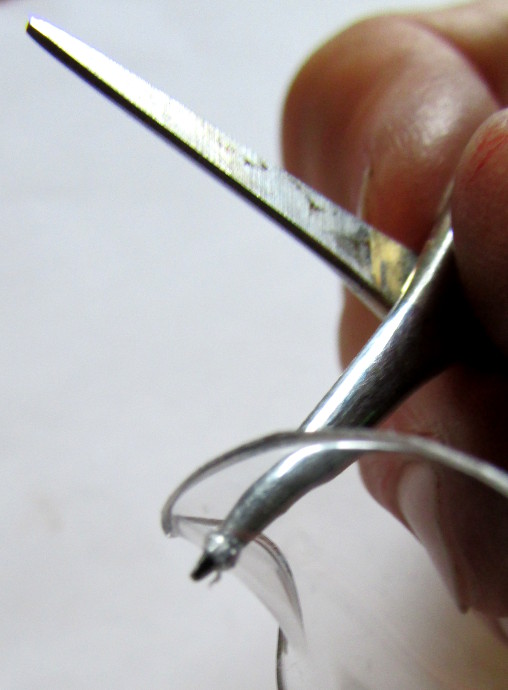 I used two pieces of chain, cut to about an inch each.  I took a piece of wire, put it through the last chain link, and twisted it together. 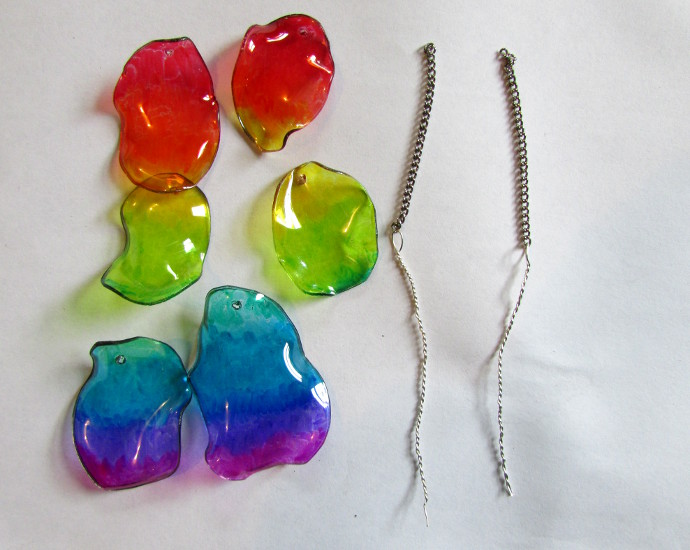 Then I attached the oval to the wire. 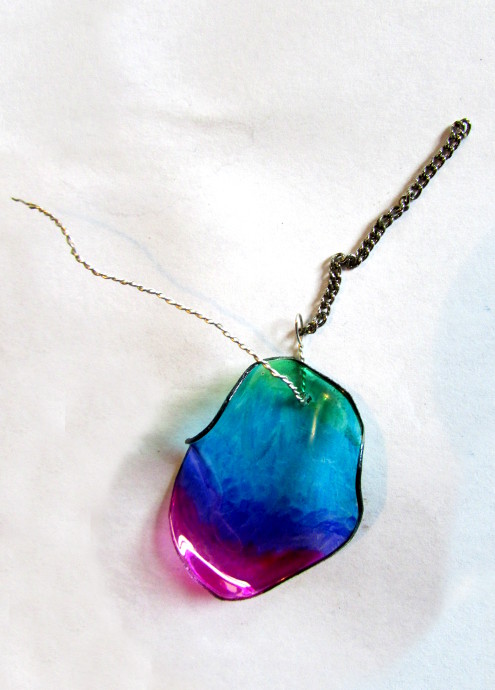 I twisted the wire around itself, and clipped/hid the tip. 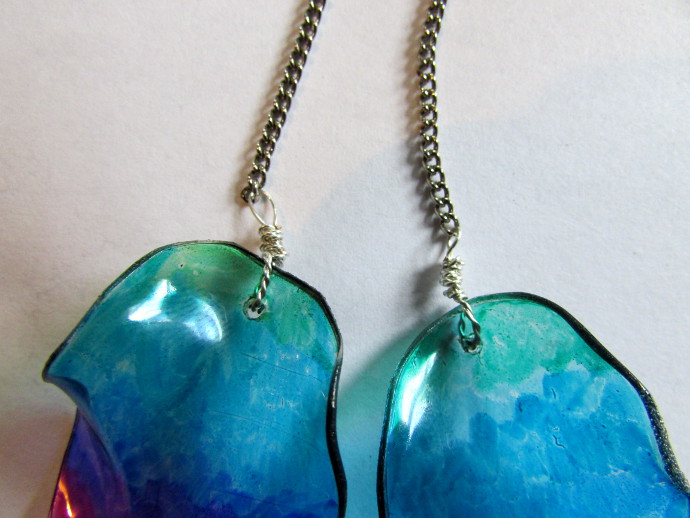 I did the same thing with the next (the medium) oval, but just a few chain links higher then the first ones. 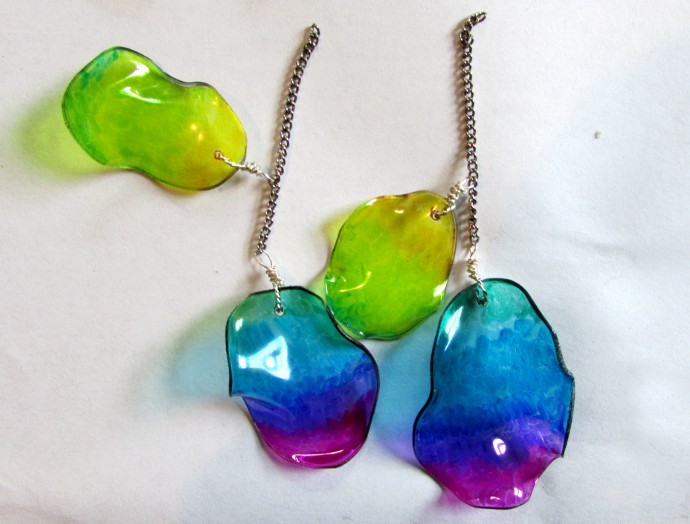 Finally, I did that to the last oval. 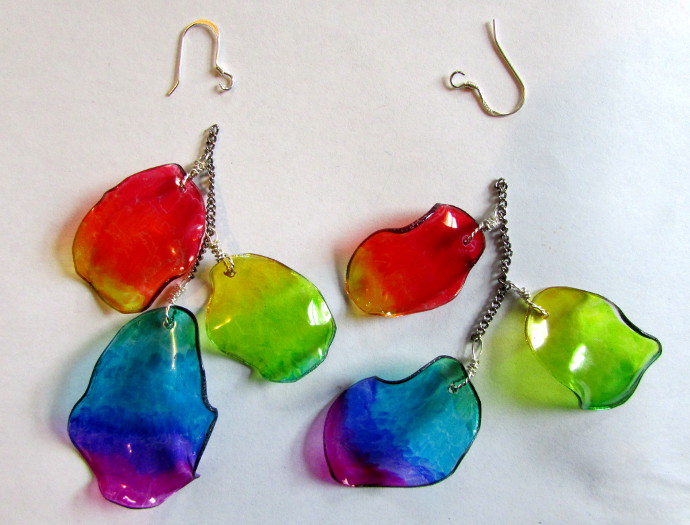 All that was left for me to do was to attach the earring to the hook. 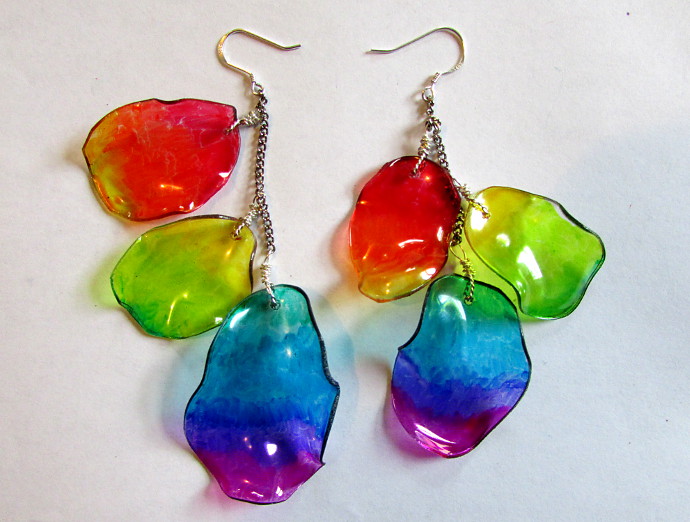 For the circle patterned earrings I also had to make a hole using a hammer and a nail.

Next, I prepared two pieces of wire (about 8 to 10 inches long), two beads, hook earrings, and pliers. 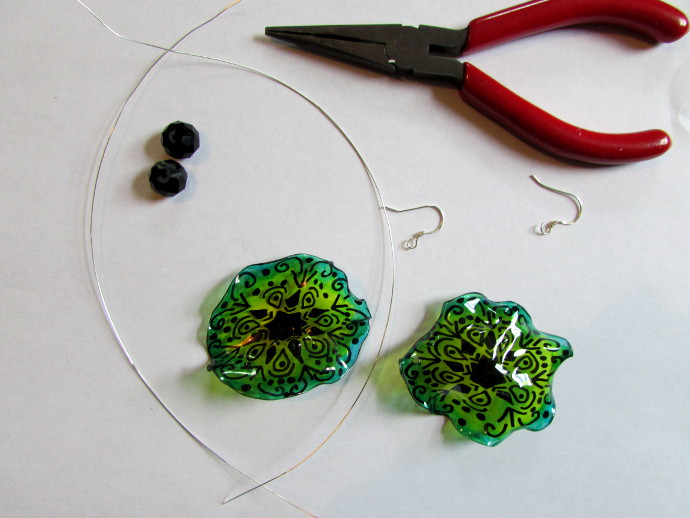 I folded the wire in two, made sure there is a loop on each end, and twisted the ends of the wire together. 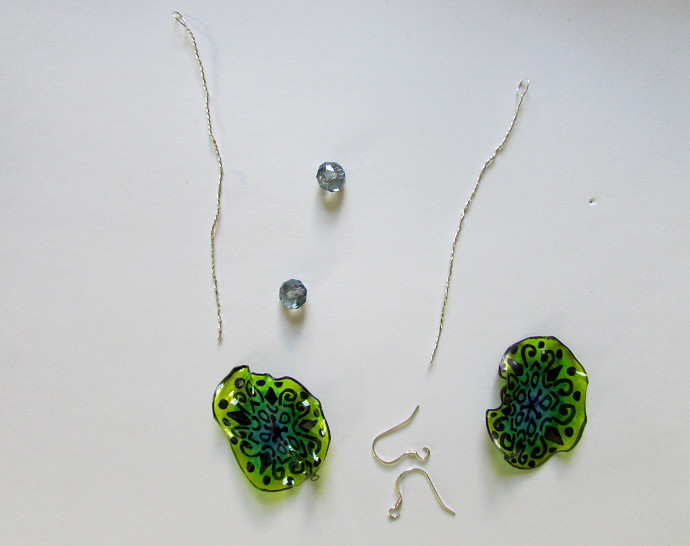 I put a bead on each wire. 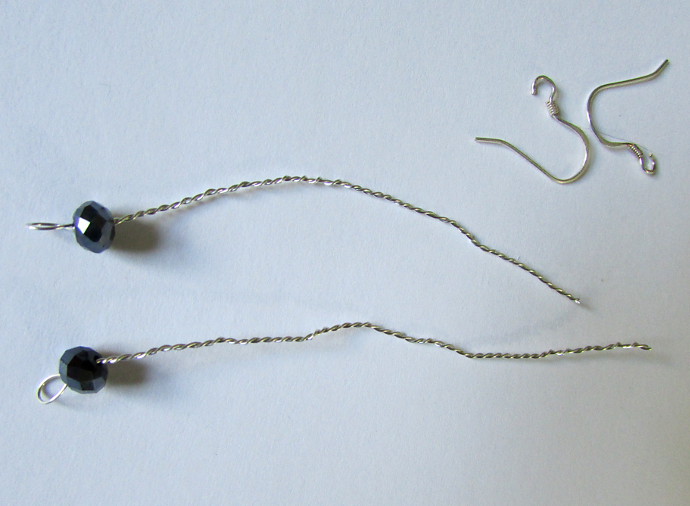 I put the end of the twisted wire through the hole in the plastic circle.  Brought it back up and twisted the wire around itself and the bead. 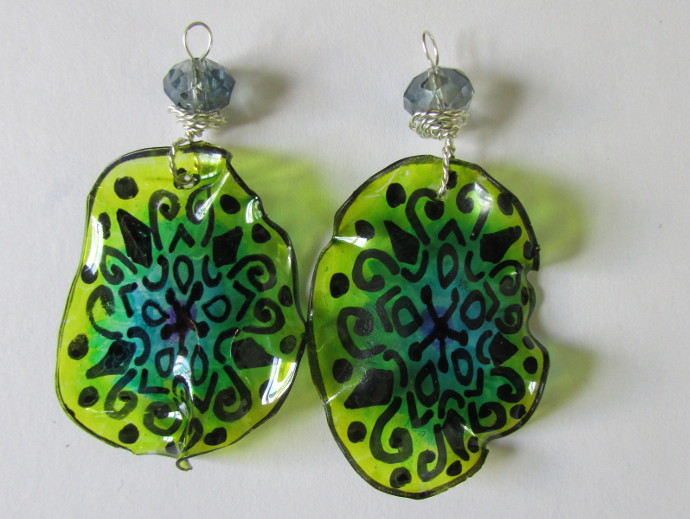 Then I just attached it to the earring! All done 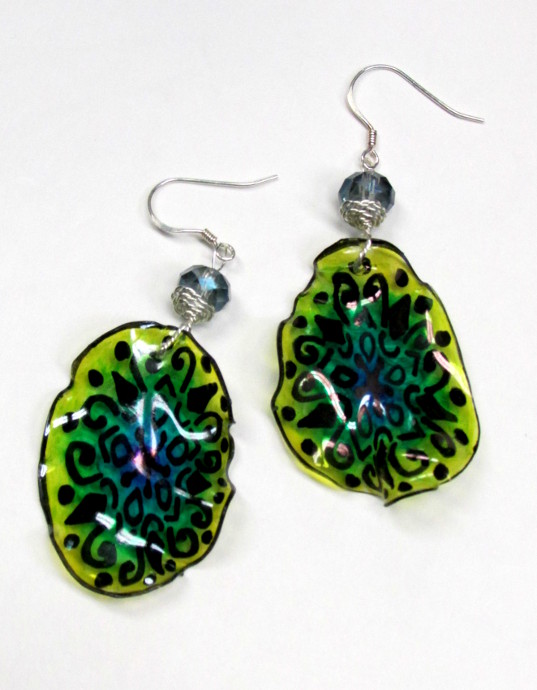