I have lived in and around NYC for more then half my life now, and I am embarrassed to say that I have never been to the top of the Empire State Building. On our son’s birthday we decided to make it up there.
We parked our car in Weehawken NJ, and took the ferry accross. There we walked quite a bit up 34th street to Empire State building. The kids did great, hardly complained about all the walking on a hot day in the city. They enjoyed the walk in the city, it is very different from our usual habitat in NJ, and I think it is rather important to be able to navigate the city you live right next to. 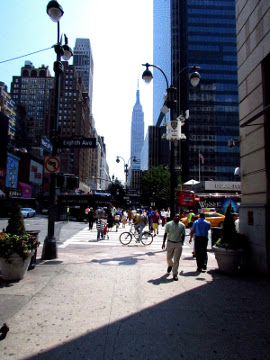 When we got to the Empire State we got our tickets, for both the observation deck and the skyride. I have to say that even though I thought it would be silly, we all enjoyed the skyride very much. The kids were tired and fussy by the time we got in, but the skyride made them laugh, and they came out much happier then they went in.

The wait wasn’t too bad at all. It helps a lot that we were there on a weekday in the morning. After the skyride we went up to the observation deck. We only went to the 86th floor, which was enough. Of course the view was stunning. We hung out on the deck for a while and took some photos. Despite it being a weekday, it was still pretty crowded. 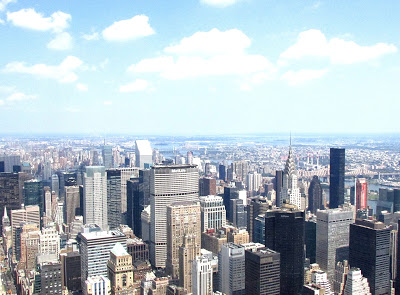 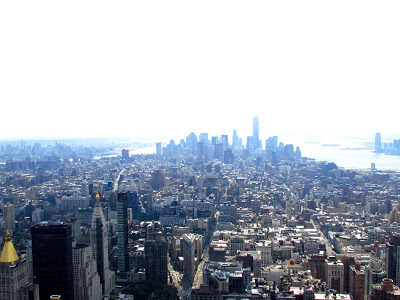 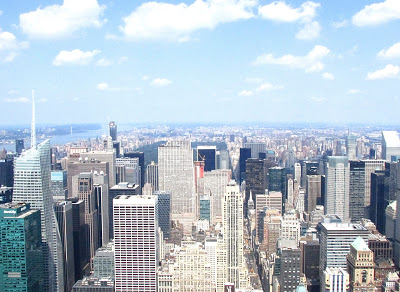 After we came down we went to get a few souvenirs of course. Then the kids were pretty hungry and we went to the beer brewery right below the Empire State to get lunch. 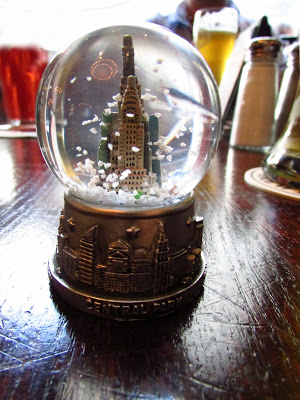 It was an expensive day, but a memorable one! Once in a lifetime definitely worth it!