We don’t usually do large birthday parties.  Instead the kids get to pick a trip to a relatively local destination, that we can all go as a family.  It has always worked wonderful for our family.  This year my kids wanted to include a few friends for their celebration.  On my younger ones birthday we invited two of their close friends and went to IPlay America.

The little one was really excited for laser tag and go karts, and IPlay America looked like it would satisfy all of his birthday demands. It sure did! There was so many fun things to do there.

We came on Monday right before noon. I had to get five passes: the four kids and one for myself, and was able to do so for around $100.00, which isn’t a whole lot when you consider that you get unlimited rides for four hours, and $10.00 credit for each person for the arcade.

The go karts turned out to be a bit much for the 7 year old, he had to ride with an adult (of course I was the designated go kart driver). We got to go on a few rounds of go karts, and then the birthday boy decided he had enough. His brother and friends kept at it for a bit longer though. The kids went off on their own and explored the place. They quickly spend all of their arcade credits. Then we went to a few Cosmic Battle laser tag games. Each laser tag game is about 8 minutes long. We had a blast. The kids were all sweaty and a bit tired after the laser tag. Even I enjoyed it.

There were a few great rides inside also. The kids all liked the giant swing. I think it’s called Happy Swing, and it certainly was happy. They must have gone on it ten times. They went on the Dizzy Dragons once, and that was enough. Unfortunately the Kite Flyer ride was closed for that day, but they did go on the Skyscraper ride a few times. Their favorite ride was the Spin Zone Bumper Cars. The 7 year old was afraid to try it at first, but once he did, he couldn’t stop going.

We refilled our arcade credits once more and tried a few more games. Also, bowling, laser frenzy and the 4-D theater were not included in the passes, instead requiring the use of credits. The kids tried the 4-D theater and thought it was cool, but not worth a second look. They told me that next time they would rather try the laser frenzy. I also enjoyed some of the Boardwalk games they had there.

We wound up spending the entire four hours at that place and not even noticing the time pass. One thing worth of noting is even though it was a Monday, there were a lot of teens there. I am thinking maybe they were on a school trip, but I imagine it was still not as busy as it would be on the weekend. If we were considering a more conventional birthday party, this place would definitely be on the top of our list.

IPlay America that we went to is located in Freehold, NJ. Here is their website: www.iplayamerica.com And while they do have some prices listed on their site, I would call ahead to verify prices and which rides are closed for maintenance.

The entire place is indoors, so it would be great for a rainy or a really hot day. Because it’s indoors the lighting is on the dark side, so I couldn’t take as many photos. Here are some photos from our visit to IPlay America: 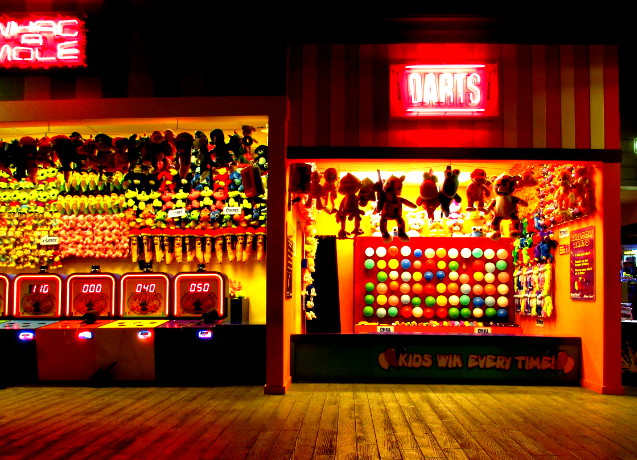 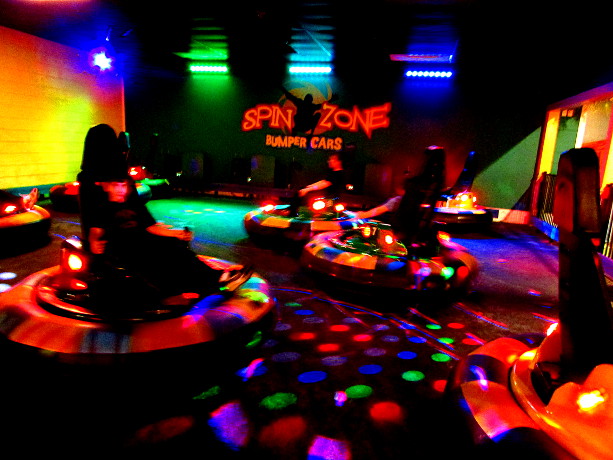