One more place that has permanently closed. I don’t delete these pages because they just become part of the story here.

Our visit to Bonkerz Laser Tag in Princeton happened several years ago. As my kids are no longer that fascinated with laser tag, we have not been back there since.

The trip was planned for the evening on a week day, so the place was not crowded at all. Besides our bunch there were only a few other teens having a good time there. I imagine it to be a different story during the weekend. 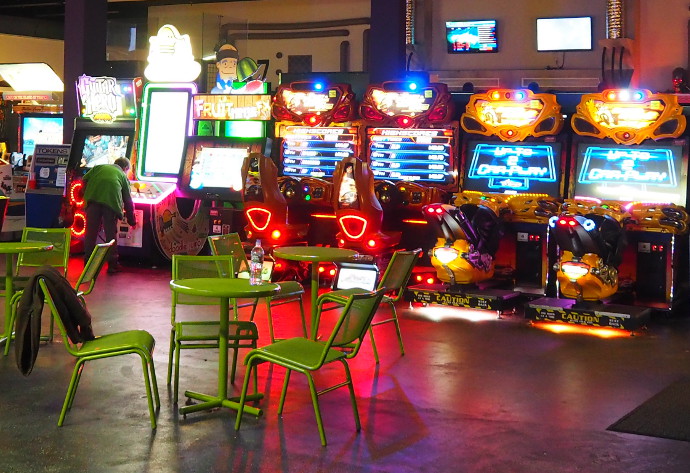 END_OF_DOCUMENT_TOKEN_TO_BE_REPLACED

This entire time I though I had added Our Visit to Hurricane Harbor and Six Flags to our happy travels. I looked, and alas, it’s not there.  I will just have to do it right now! 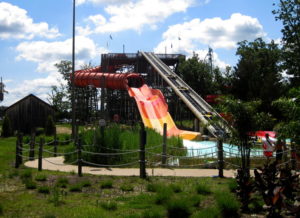 Every year we go to Six Flags, whether it’s the theme park or the water park. In the past, when the kids were younger, we used to do the Read To Succeed Program. It worked well. As they got older, they no longer qualify for it, so now we either get tickets, or this year, we have passes for the three of us (and we bring Dad as a friend once in a while). Many of my kids’ friends love going there to just meet and walk around and have a bit of a good time. Since we live quite far away, we don’t make it there that often. I imagine we’ll go more when the heat eases off.

END_OF_DOCUMENT_TOKEN_TO_BE_REPLACED

I have to be honest here, I know next to nothing about the rollerskating rinks in NJ.  In fact, I learned to roller skate only recently, due to peer pressure.  I rely on my more experienced friends to point me in the right direction for some roller skating fun.  My kids love it, and we have tried three different places for their open skate times already and aiming for the more in very near future. Join us as we explore the different roller rinks in NJ.

END_OF_DOCUMENT_TOKEN_TO_BE_REPLACED

The place is big and clean.  The arcade is a large open space with arcade games everywhere.  Unlike many other arcades that we have been to, this one was really well lit.  The kids had a great time playing some arcade games.  The staff were helpful and nice.  One thing I usually hate about arcades is the prizes.  I have to say that this one wasn’t as ‘prize-centric’ as many other ones we have been to.  They had just a few bins for several ticket amounts.  It was simple, and easy, and I liked it.  The focus was definitely more on the spending time playing, and fun together.

END_OF_DOCUMENT_TOKEN_TO_BE_REPLACED

We frequent our local Yestercades often. It is always great fun, and a good place to spend an evening with friends. Especially if the weather is not great. We go to the one in Westfield, however, we have been in Somerville, and it is just as great. From what I hear Red Bank is also good.

Since they open at noon on a weekday, that is when we arrived.  In fact, and this is very unusual for me, we were there early.  We got there about 20 minutes before they open.  That means that we had the chance to explore downtown Somerville for a bit.  It is a lovely town, and lots to see and do.  The street that Yestercades is located on is right in the center of town, and just happens to be a promenade with lots of fascinating shops, tables and chairs with umbrellas and some fantastic music from the music shop right there.  It was a pleasure to sit and wait there while having my coffee.  The kids of course went off to meander and explore the space.

At noon the arcade opened up and our kids were let in.  They dissipated so quickly and disappeared among the many games at Yestercades.  They do have a lot of games.  Most games are truly nostalgic games, as in a few decades ago, but they are still a lot of fun.  There was a pool table, and a concession area, and a clean bathroom.  What else can a mom ask for?  I also like the fact that it is an arcade without the tickets, points or prizes.  Just games.  It makes it so much better then a regular everyday arcade.

There were some games that I would enjoy, but I was enjoying a conversation with a friend.  They even had a chess board for people like me:

The kids and parents might also enjoy the enormous amount of pinball machines. I love pinball, and they had a big selection.

My youngest loves pinball, but he was drawn to the couches with game systems. Here is my issue with that: he can play most of these games at home, on our couch, for free. However, I think that having friends there, and having all these games available to him to play with friends was a big deal. While the older boys liked all the arcade games, the little ones just wanted the video games. I had to try and convince him to at least try some of the other games there. He did have a great time, though, so I am not complaining.

We found the young man there was helpful, and since we paid under $20.00, for two kids, the prices were very reasonable. The best part is that there are no prizes and tickets like in a more traditional arcade. After the arcade there are plenty of places to eat in downtown area. We wound up with pizza and an ice cream. It is always a great day, and we look forward to it. HERE is the link to their site.

The kids and I were headed to Bucks County, PA, to run some errands. To make this routine trip more fun for them I like to pick a cool place to visit in that neighborhood. Some place that we haven’t been to before. This time I chose Giggleberry Fair on friend’s recommendation.

END_OF_DOCUMENT_TOKEN_TO_BE_REPLACED

This was fun while it lasted, but Bowcraft now is nothing but a lovely memory. It shut down in 2019, sold, and redeveloped for condos. Thank you for the memories.

Bowcraft is a fun little amusement park in Union County, NJ. It is right on Rt. 22 in Scotch Plains.

END_OF_DOCUMENT_TOKEN_TO_BE_REPLACED

We don’t usually do large birthday parties.  Instead the kids get to pick a trip to a relatively local destination, that we can all go as a family.  It has always worked wonderful for our family.  This year my kids wanted to include a few friends for their celebration.  On my younger ones birthday we invited two of their close friends and went to IPlay America.